Bangladesh Tanners Association (BTA) is a nonprofit association of the Tanning Industry in Bangladesh. BTA plays a pivotal role in the industry as it advocates for the tanneries, agents for policy reforms in the interest of their members, the leather sector and in turn the nation. The primary object for which the association is established for is to protect, promote and develop tanning industry in Bangladesh by encouraging co-operation between firms, companies and individuals engaged in tanning industry. We are also members of Federation of Bangladesh Chambers of Commerce & Industries (FBCCI). Through FBCCI we collaborate with various private sector entities to develop the leather sector.

BTA is a business association that provides certain services to its members (figure). We have a total of 809 members. Among them, 170 general members are tannery owners with factories scattered all over Bangladesh, with the main concentration being in Dhaka and 649 associate members who are commercially exporting by utilizing the facilities of the tanneries owned by our general members. BTA members are actively engaged in leather manufacturing and promotion of export of finished leather to satisfy international demand and are playing a positive role in earning much needed foreign exchange by invigorating country’s export volume. It is our responsibility to prepare our members for meeting the economic, environmental and social challenges of the leather tanning business. 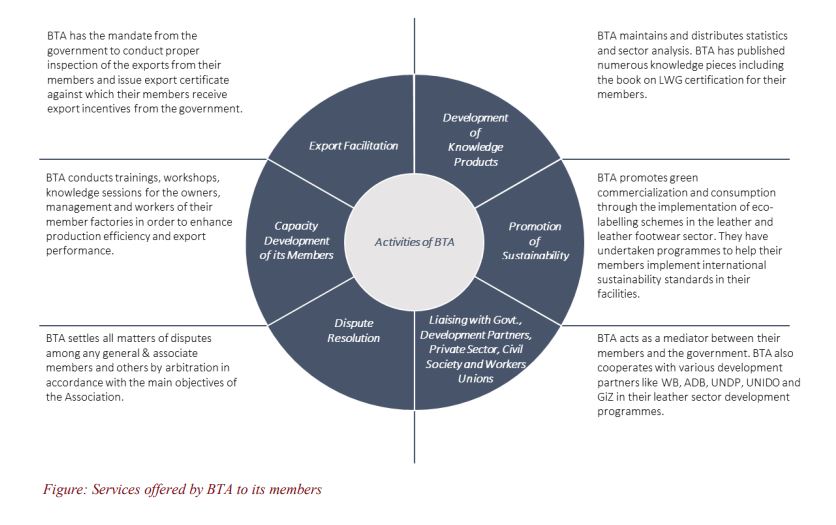 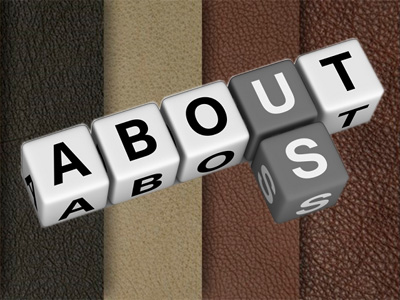